Click here to determine if your address is located within the NMB CRA. 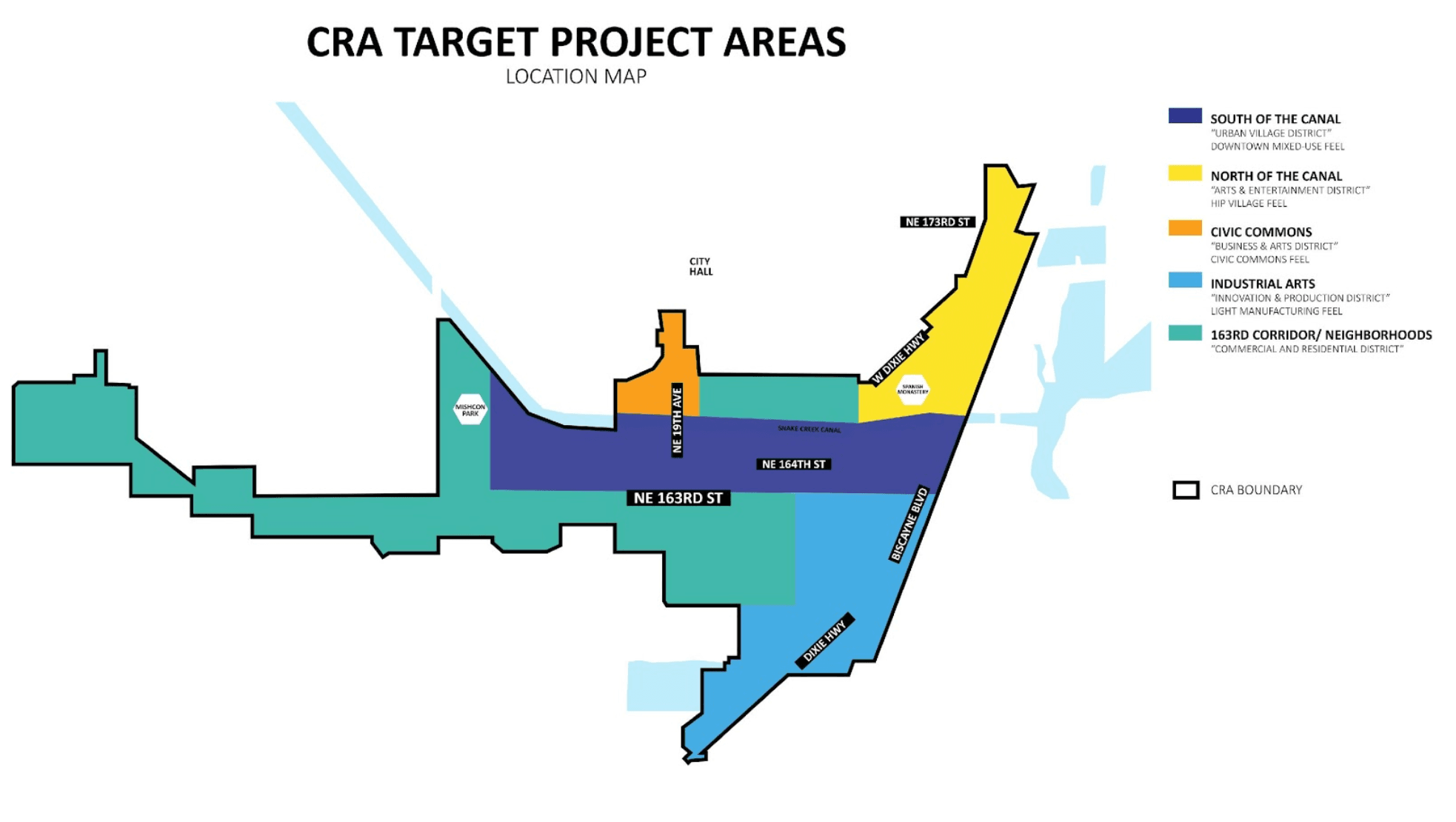 SOUTH OF THE CANAL 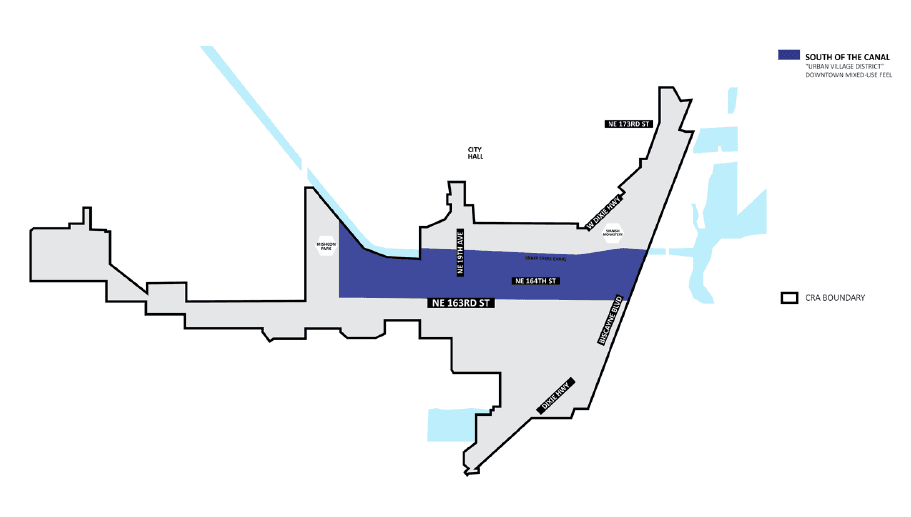 The Snake Creek Canal has an intimate appeal and a tremendous opportunity for North Miami Beach, especially with its proximity to Downtown. This waterfront asset is quickly becoming an “anchor” and a strong draw for smart growth which will attract future residents and businesses who are looking for recreational activities, public places for social gatherings, and being near an organically grown close-knit community. The area south of the canal is home to 164th Street, also known as Hanford Boulevard, NMB’s hub for “main street” commerce, as well as the Gwen Margolis Amphitheater. The district, combined with the new zoning designation, draws the attention of the private investment community who have discovered the area, as evidenced by the development of Lazul, a new luxury apartment building anchoring the district. The CRA is focused on incentivizing mixed-use projects, pedestrians and walkability, and placemaking to emphasize the ambiance of an “urban village.” Along Hanford Boulevard, west of Biscayne Boulevard from the Maule Lake waterway to the Library and Amphitheater, the focus is on creating the South Canal Urban Village. The area can be marked by a downtown urban village lifestyle including small cafés, specialty shops, concerts at the Amphitheater, food, and other cultural activities and arts events at the Library. 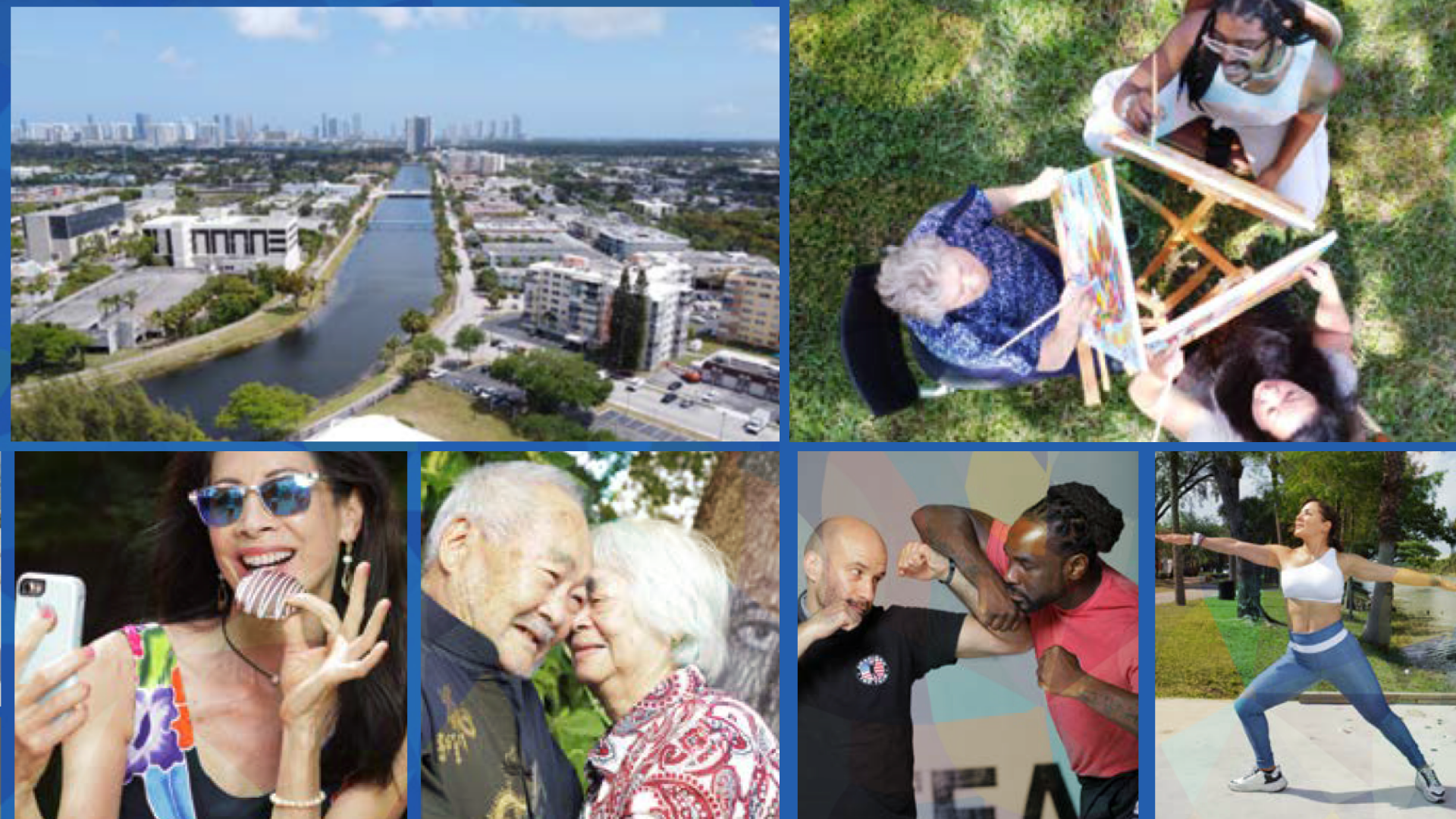 NORTH OF THE CANAL 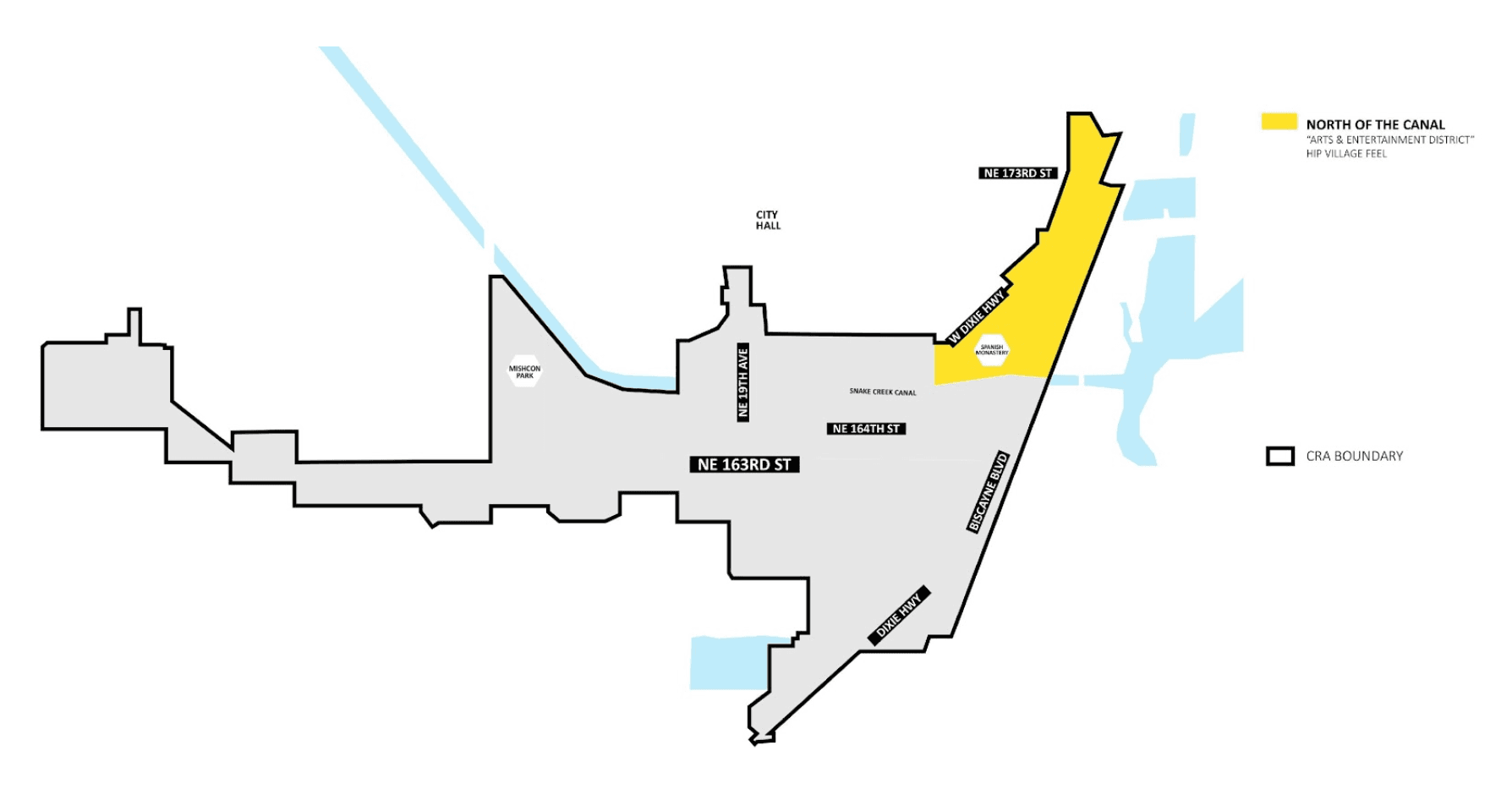 West Dixie Highway has a diverse set of uses that collectively form a destination for locals. From the shops and restaurants, salons, fitness centers and fresh markets on the bustling artery, to the entrance of the lavish green space of Greynolds Park and the Ancient Spanish Monastery, the essence of a cultural arts and entertainment district is being capitalized on and expanded to create a strong brand for the area north of the canal. Incentives for building façades and streetscape improvements are being utilized to guide the direction of the emerging appeal. The City-owned park, can become the focus of a new urban social gathering space with an exciting atmosphere that creates a unique destination for locals and visitors, while enhancing the existing business cluster. 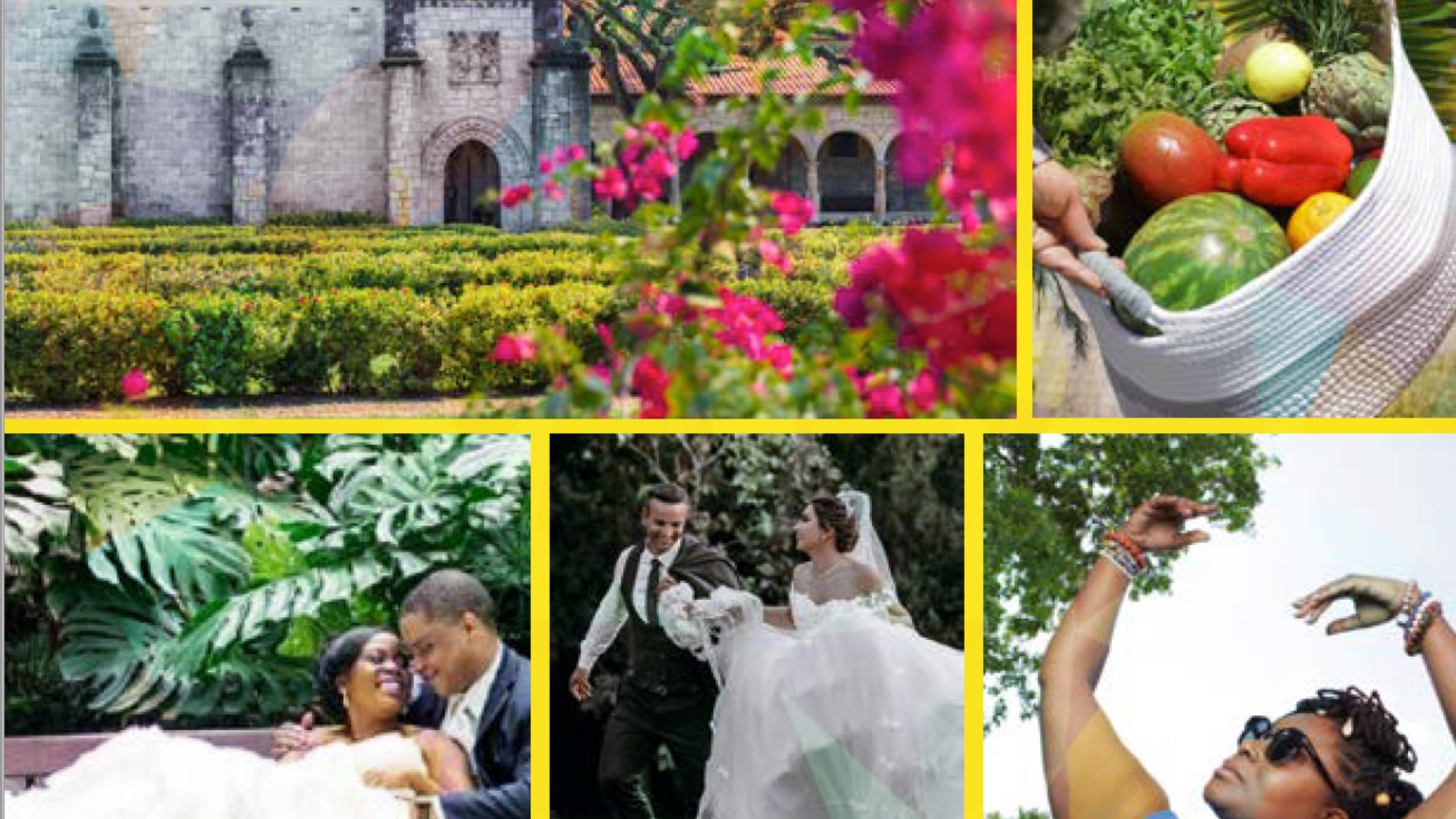 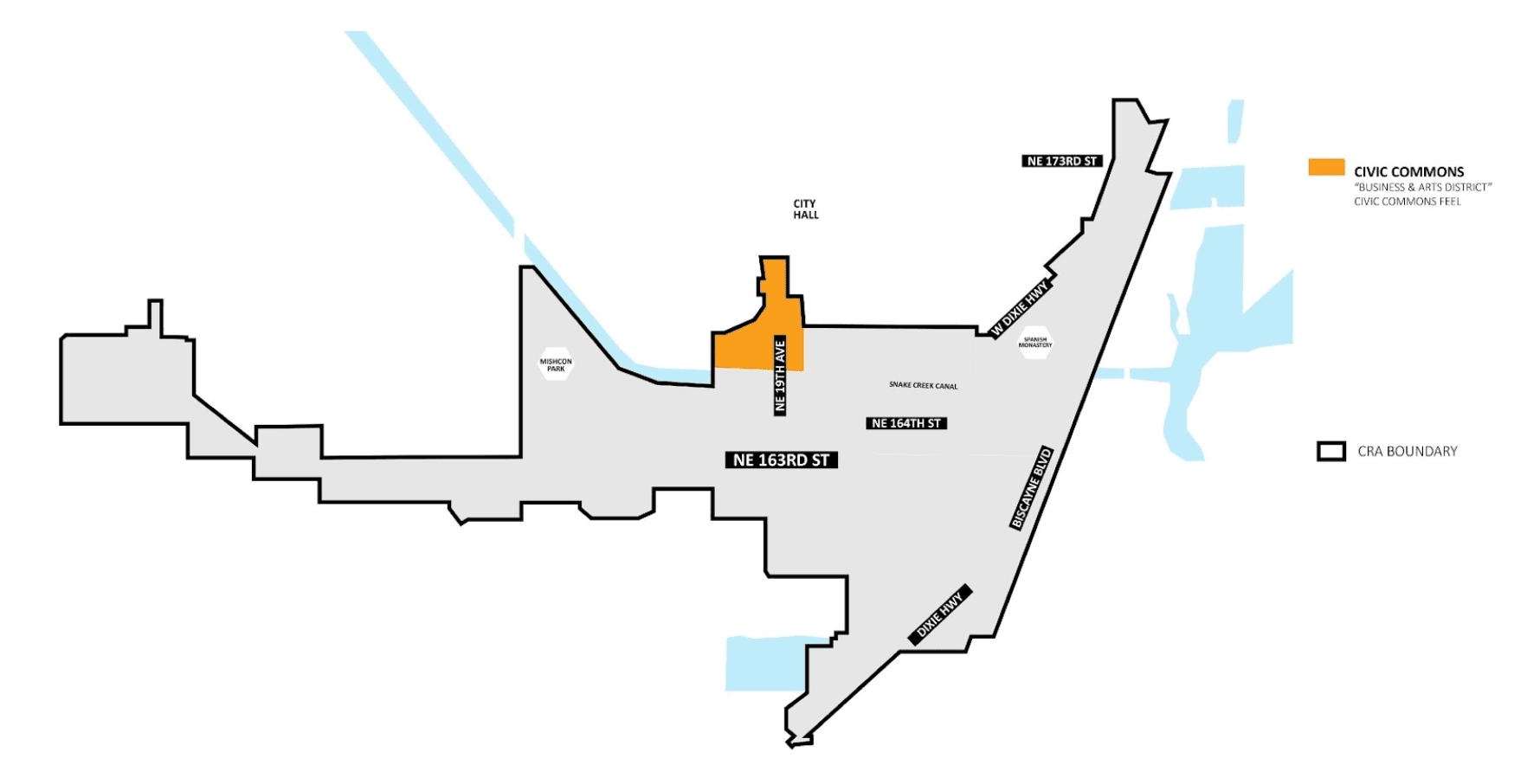 Civic buildings and public spaces are a very strong pillar for a community. As new development continues, investment in the public realm will capitalize on the location to become an enhanced “Grand Boulevard” and promenade for residents, employees and visitors. On the north side of the canal, on either side of 19th Street, the streets surrounding NMB’s City Hall and Julius Littman Performing Arts Theater evoke a sense of tranquility and grand stature, due to the roadway improvements. The office inventory has proximity to main thoroughfares and the community and educational centers facilitate a “business and civic commons” atmosphere. Galleries and other window-front stores easily fit in on the first-floor retail spaces, while professional services occupy the floors above. Public transit services the area and continues to contribute to an urban lifestyle as the city grows. 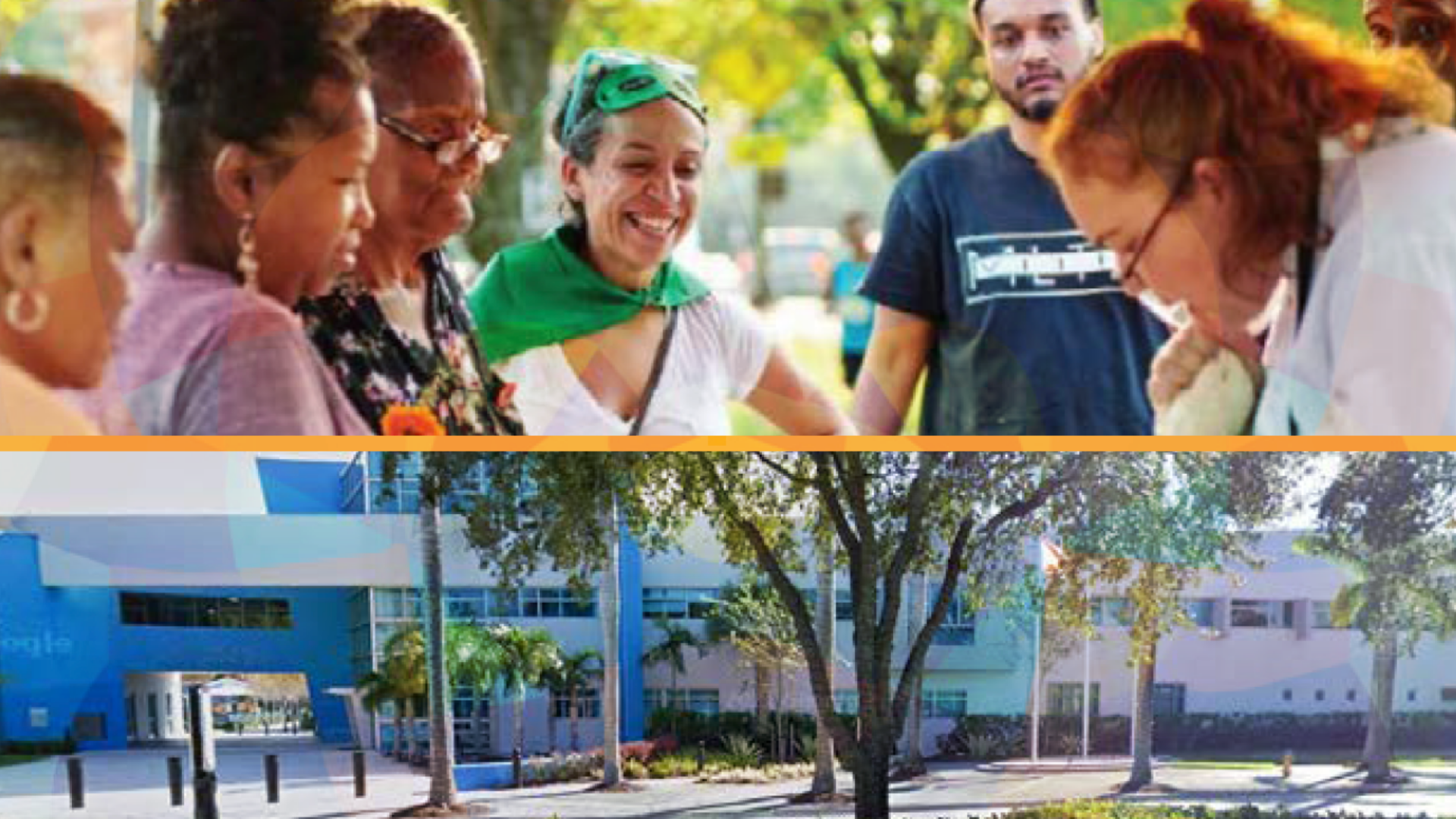 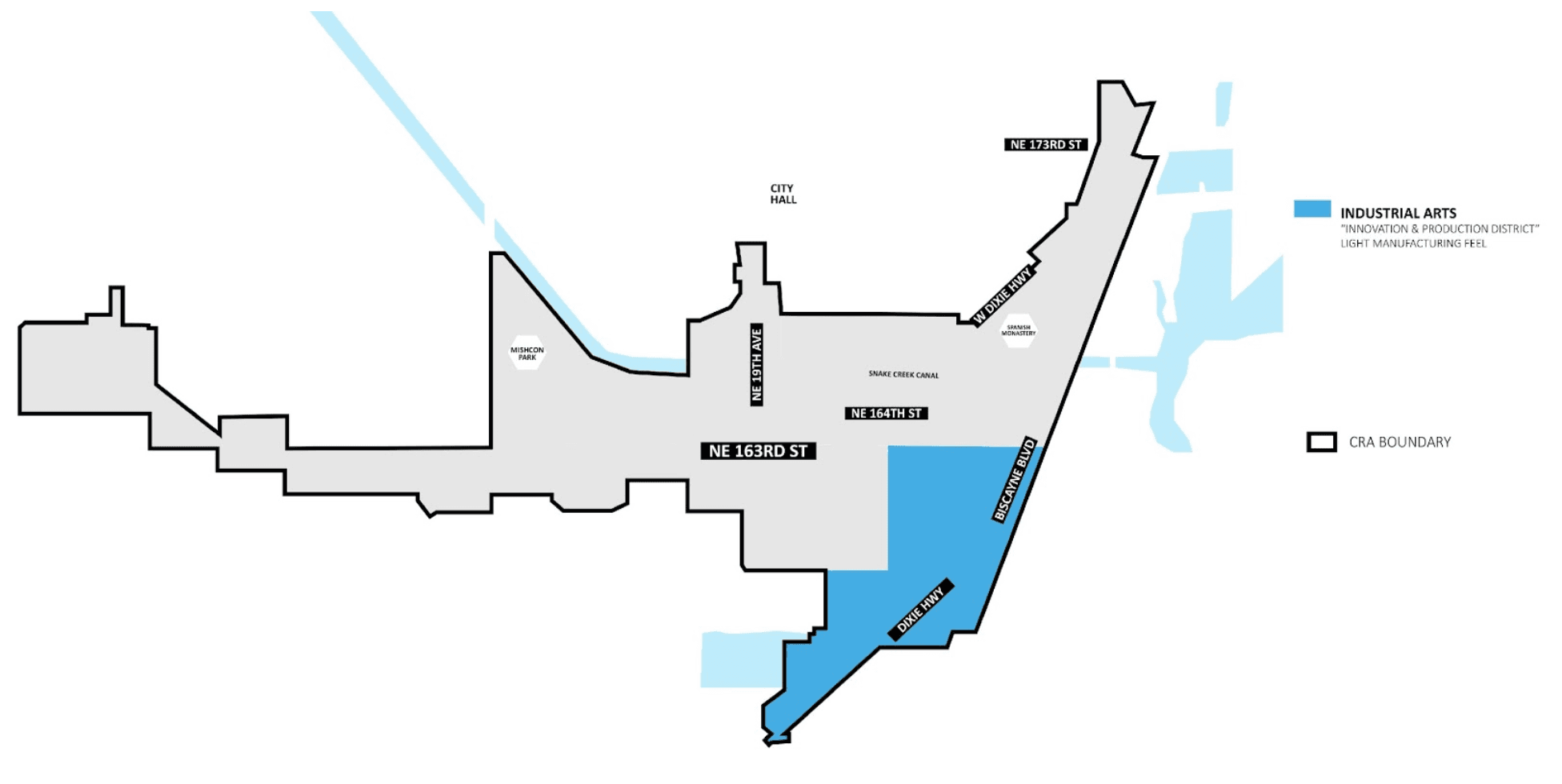 The Industrial Arts District, with its warehouse spaces and unrefined aesthetic, is perfectly positioned to attract businesses, mixed-use development, artists, artisans, crafters and tech “movers and shakers” in a tone like Miami’s Wynwood, Fort Lauderdale’s FAT Village, or Denver’s RiNo.

The existing planned developments and updated incentive programs will infuse instant activity in the district and serve as a catalyst for other opportunities for development of the surrounding underutilized properties. Activities involving artists, artisans, creators, entertainers and more would transform this area into a vibrant, walkable, 24-hour innovation hub. 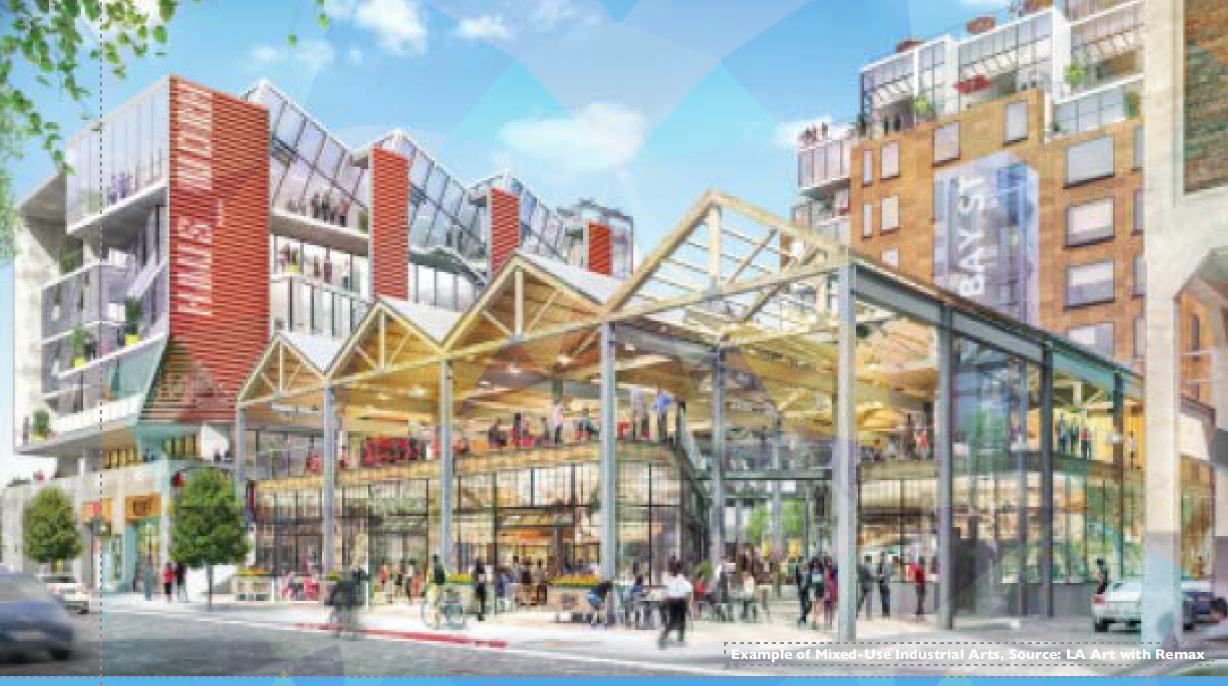 The 163rd Street Corridor brings NMB residents and visitors a comprehensive variety of goods and services to fulfill most any everyday shopping need. From groceries, hardware, household items and apparel to a range of dining options, it is the bustling business corridor of an urban city. The vision for the corridor includes complete streets with lush, pedestrian-friendly canopies and medians signaling the entrance to residential areas of the CRA. To maintain the fabric of the residential communities, ongoing efforts to maintain the rights-of-way and ensure a safe and pleasant environment is critical.