The Office of Professional Standards is under the direction of the Deputy Chief of Police.  Its overall purpose is to improve the delivery of law enforcement services by establishing and maintaining standards through its Accreditation Program.

The North Miami Beach Police Department (NMBPD) was State Accredited on October 8, 1997 by the Commission for Florida Law Enforcement Accreditation, Inc.(CFA)  Every three years the police department is required to comply with over 200 standards in order to maintain the accredited status.  The NMBPD  has had a longtime commitment to professional accreditation dating back to 1991, when the NMBPD was first accredited by the Commission on Accreditation for Law Enforcement Agencies, Inc., or CALEA, for its law enforcement operations.  The NMBPD was reaccredited by the commission in 2001, 2004, 2007, and 2010. In June of 2013, continuing with our long standing commitment, the NMBPD was the first agency in Miami Dade County to achieve this award. Since that time the NMBPD has maintain professional excellence through the Commission for Florida Law Enforcement Accreditation, Inc., or CFA.

In April 2016, the CFA assessment team conducted an independent, intensive and thorough inspection of the agencies operations. To earn accreditation an agency must comply with all applicable, mandatory standards. The CFA assessors were provided with complete, unlimited access to review written documentation, conduct personnel interviews, observe agency operations and training practices, and conduct facility inspections to ensure the North Miami Beach Police Department’s compliance with all accreditation standards. The agency was reviewed for its seventh (7) reaccreditation assessment. This process was for the honorary distinction of EXCELSIOR recognition, which means:

Today, the Excelsior Recognition program recognizes some of the finest criminal justice agencies in the State of Florida, and a demonstrated level of commitment to the Florida Accreditation process unparalleled in the criminal justice profession. This award is given to agencies who have maintained an accredited status for five (5) consecutive assessments without conditions.

Accreditation is considered the gold seal of professional excellence. This represents our agreement to the citizens and the customers we serve within the City of North Miami Beach that they are receiving the highest level of professional law enforcement service. 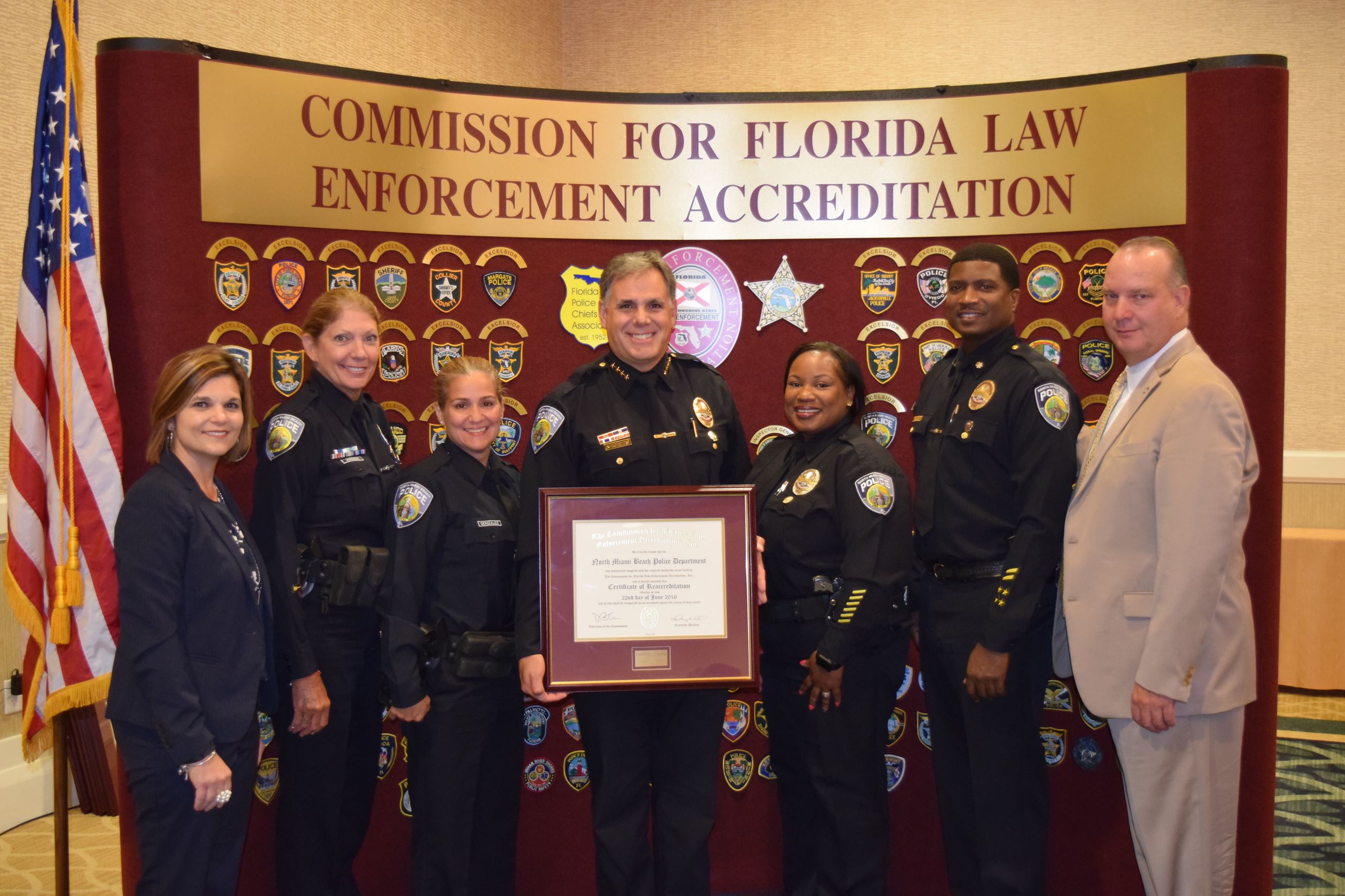