How does the Red Light camera work?

How the Camera Works 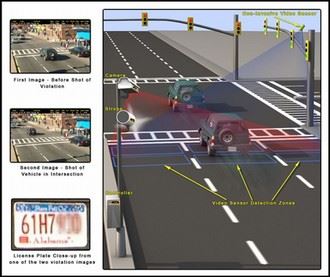 Why does the camera flash when no one actually runs the red light?

The red-light camera system is designed to take two rear photographs of a vehicle that may be committing a violation. The first rear image captures the vehicle prior to entering the intersection with the traffic signal red, and the second image shows the vehicle continuing through the intersection during the red signal phase.

The Police Department reviews each violation event captured by the red-light camera system and makes the final decision to issue a citation. All flash incidents do not equate to a citation; however, the imaging results in 80%+ accuracy in identifying excessive speed approaches.